Coach cassy tells her story in "life love and legacy" 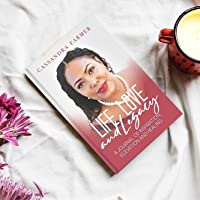 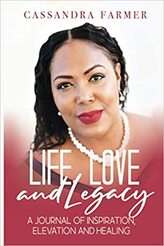 The average two-year-old doesn’t remember much. But Cassandra Farmer will never forget the unspeakable tragedy of losing her mother at the hands of her father. Though young and seemingly unimpressionable at such a young age, this tragedy was seared into her psyche. This affected her mental health, relationships, her family dynamic and even her marriage, which ended in divorce. What Cassandra Farmer has put into her new book “www.amazon.com/Life-Love-Legacy-Inspiration-Elevation/dp/B08TQ4T3G9Life, Love and Legacy: A Journal of Inspiration, Elevation and Healing” is solutions she found to overcome untreated trauma. Some would argue that she found them too late, but Farmer insists that she found them right on time.

“My hope is that my life story:  the good, the bad, and the ugly will awaken them to know who God created them to be. I hope they will take a better path than mine realizing that every area of their life touches everyone and everything around them. The world is waiting on them and in need of their God given gifts!” -Cassandra "Coach Cassy" Farmer

Farmer believes that therapy would have been a solution for her grandparents who also lost their son to the Vietnam War. In hindsight, foregoing therapy for whatever reason took quite a toll on her and her family. She transparently shares her journey in this book, with hopes of encouraging readers to seek the help many don’t know they need.

“There were so many times in life when I feel totally misunderstood. Those were the times that I felt only my mother would have understood me so I would go visit her grave. Looking back over my life now I later realized that those are moments I should have spent in therapy.”

Because her father killed her mother, there were no father/daughter talks, advice, or warmth. Her grandparents did their best to raise them and fill the void of parental presence and love, but they couldn’t shield them from the deep-seated trauma of watching their mother’s life be taken. The recurring memories, nightmares and sleepless nights affected her mental health and every facet of her and her brother’s life saying, ‘I just wanted to be normal!’ ”

​Though alive, her life reached a subconscious demise at 19, the age her mother died. This death affected everything it touched, including her marriage at the age of 22. Now healed, whole and restored, Farmer wants readers to live! Live beyond the worst thing you’ve ever experienced. Live beyond the moments in life that seek to break you. Live today and everyday with a life of love and legacy.