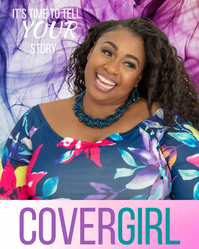 ​We’ve heard for centuries about what women can’t do, isn’t it time to find out exactly what they can? In “She’s A Cover Girl In the Real World”, Fred Willis inspires readers by sharing what women have already done, in scripture. For some readers, this book will serve as a conversation starter. For others it will serve as a continuation of the tiresome talk they’ve endured for years. Lastly, for other readers, it will punctuate the truth of who they are, what they do and why they exist.

Women helped put a man on the moon but didn’t get national notoriety until the latter years of their life. Racism may have been a factor, but undeniably sexism was at play, even if inadvertent. Women are more than what society has relegated them to be known as. While they are mothers, wives, teachers, and nurses, they are also so much more!

This ubiquitous problem seems inescapable as the church world is home to another form of female segregation and subjugation. The church seems to be the last to learn about women’s achievements and accomplishments and continue a long pattern of turning a blind eye to what has been canonized in the scripture. The compilation of stories in ‘Cover Girl’ are illuminated in an effort to lift women to their life’s highest achievements.

This book doesn’t beg the question, “can you do what God is asking you?” The book provides the answer with proof from women found in scripture. Are there limits to what women can do in the world and even the church? Scripture may provide a different answer than what we’ve been told. ‘Cover Girl’ is written with Mary the mother of Jesus in mind. What was inconceivable to her was made possible by her faith filled agreement with the word of God for her. With her yes, the angel replied, “there will be a performance” and for inspired readers of the book, the same will ring true.

Though immaculate conception isn’t the lot of this book’s readers, struggling to walk out their life’s purpose can seem just as daunting. ‘Cover Girl’ seeks to undo years, centuries even of subjugation, poor public perception, low self-worth, doubt, and fear. If readers follow the example of the women whose stories this book highlights, they too will become a cover girl with a story to share! Readers, get ready. It’s time to tell your story! 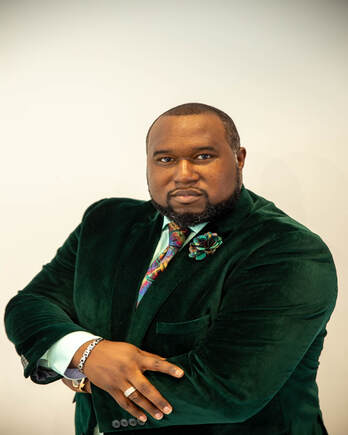 The question “Who is Fred Willis” has many answers. Fred is a musician, composer, journalist, broadcaster, digital media entrepreneur, minister/teacher, husband, father, son, and friend. Fred began writing while on a gospel music tour in Europe in 2006. Those journals grew into blogs which later became the writing samples for his first articles. One word Fred uses to describe himself is “perceptive.” Of the many things he does, he always wants to ‘get to the bottom of it.’ At a young age, his mother chided him for being too analytical when he would take too long to do what his mother told him.

This characteristic has given Fred an edge in interviewing people that often nets the response, “that’s a great question!” He has spent many years looking and learning, many times in his own space. He can often be a recluse as he enjoys time at home in the company of his instruments and computers, books, and a notebook. He has stated that he gets the most joy out of life by making music with and for others.

Music, ministry, and writing have become the hallmark of Fred’s digital media enterprise. These three are woven into the fabric of the SoulProsper Media Group and reflect Fred’s desire to consistently provide salubrious coverage to stories that have drawn public interest. In 2019, Fred released his debut work, “The Journey to Genesis.” This book opened the door to many other books, and at present, two other pieces remain unreleased. In addition to “The Journey to Genesis,” Fred has released “They Saw Him First,” This Crisis Is Not Cause for Alarm,” and “Cover Girl in the Real World.” With each book, Fred seeks to point the reader to discover the purpose of God in their lives.

Amid the coronavirus pandemic, Fred stepped out on faith in obedience to God and began teaching a weekly Sunday School class virtually. The class features a lesson featuring current events or teaching directly from scripture. With this, Fred is walking confidently in the call of God on his life. For years, he has juggled music and ministry, but in 2020, he was called out to make it more official. In 2011, Fred completed his Two-Year Recording Technology Certificate Program at Cedar Valley and the One-Year Music Performance Certificate. In 2010, he decided to make ministry official and joined the National Association of Christian Ministers as an independent, gospel minister. Fred insists that the world’s libraries are his lectern and has committed to writing books and lessons to equip believers of all ages.

Fred is the husband of Mrs. Rhonda Willis and the father of three beautiful children. He desires to walk out a journey of purpose that gives them the boldness to do the same in their lives.